Because insulin is so closely linked to our diet, we should start there. Sugar, flour, bread, and pasta, among other highly processed carbohydrates, are known to raise blood glucose levels and insulin production. The carbohydrate hypothesis (also known as the insulin theory) has been used to justify the creation of many low-carb diets.

These beliefs aren’t new; the first low-carbohydrate diets were developed in the nineteenth century. The first of them is thought to have been written by William Banting, who introduced the first commercial weight loss diet in his brochure The 1863 “Letters on Obesity.” Banting weighed less than 92 kilogrammes and had attempted but failed to lose weight by eating less and exercising more.

After failing to lose weight, Banting followed his doctor’s advice and stopped eating bread, milk, beer, sweets, and potatoes, which had previously been an important part of his diet. Banting helped people lose weight, and a successful and healthy keto diet has been widely used to treat obesity for many years. Despite low-carb diets’ success, the insulin theory is flawed. While high consumption of processed carbohydrates plays a role in raising insulin levels, it is not the only factor.

Insulin is the key that unlocks the cell’s door to glucose entry. Normal glucose levels no longer open the door when dealing with insulin resistance, and glucose builds up in the bloodstream. 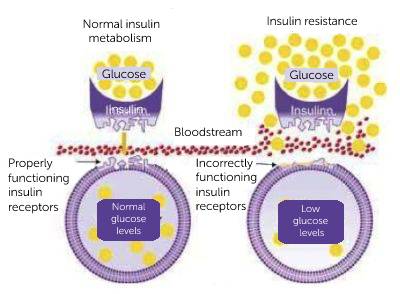 The body produces more insulin to overcome resistance and push glucose into the cell. This brings blood sugar levels back to normal, but at the cost of long-term hyperinsulinemia. Insulin resistance is critical because it leads to weight gain. What is the process of making it?

Is there a link between obesity and insulin resistance?

What if it wasn’t the fatty acids that were to blame? Adiponectin, resistin, and interleukin 6 were all suspected, but it was impossible to prove that they were the cause of insulin resistance.