Antibiotics – why less can be more

We will not discuss obesity, diabetes, or other similar issues in this post, but we will focus on antibiotics in particular. This is yet another area in which modern medicine appears to defy logic. Antibiotics are treated similarly to type 2 diabetes by doctors. “Patients with type 2 diabetes are taking too much insulin; if you give them more, it might help.” It doesn’t seem to make sense.

When we visit the doctor with a cold, we are prescribed antibiotics. They should not be used because viruses are immune to their effects. They are prescribed ‘just in case,’ because many bacterial infections have similar symptoms. As a result of this approach, antibiotics are overused.

Antibiotics become ineffective against bacteria. Antibiotics kill the majority of bacteria when they are exposed to them more frequently, but there will always be a few resistant bacteria. Units that were previously rare can now multiply and pass on their immunity.

Plasmids, which are small molecules, are responsible for the transmission of immunity. Plasmids aid in its production and transmission at a much faster rate than before. 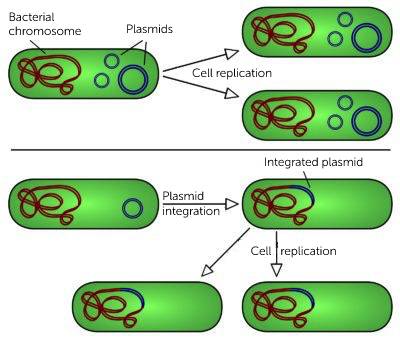 Increased antibiotic use leads to increased resistance, just as increased insulin levels lead to insulin resistance. Given this, it stands to reason that they should be used less frequently. In many hospitals, drug-resistant superbugs have become a problem. Meanwhile, doctors demand that more antibiotics be developed.

The issue isn’t that antibiotics aren’t available. We have a large number of them. The issue is that we use them far too frequently. Developing new antibiotics and overusing them in the same way as previous antibiotics will only exacerbate the problem and increase bacteria resistance.

The problem cannot be solved by developing new antibiotics. The overuse of those we already have is the source of immunity. Alcoholism is not treated by providing alcohol to the addict.

How long should antibiotics be taken?

When you visit the doctor, you are usually prescribed a specific antibiotic dose and given instructions such as “take amoxicillin three times a day for 500mg.” How does the doctor know how long you should take antibiotics? Hundreds of studies comparing the effectiveness of treatment based on its duration may appear to have been conducted. This isn’t the case. The majority of doctors adhere to generally accepted medical guidelines. Infections are typically treated for 7 to 14 days, and almost everyone has been in this situation. Why? Because it was concocted by someone. There are almost no studies on the optimal treatment duration.

When we are given an antibiotic prescription, we are usually told that we must take it for the entire prescribed period, even if we feel better on the second day. Why? Doctors claim that this is to prevent immunity from developing. Isn’t it supposed to be the other way around?

Let’s think about it logically: if you’re generally healthy, you have an immune system capable of dealing with infections. Antibiotics are required if it is discovered to be too weak. Reinforcements in the form of bacteria are on their way, and the tide of victory in the war against bacteria is turning in your favour. So that your immune system can clean up the battlefield after the battle. What can go wrong? The antibiotic can be used again if the bacteria decides to return to the battlefield. What happens if you take the antibiotic as directed for 14 days? Bacterial resistance will rise, making future battles against bacteria more difficult. Furthermore, as antibiotics are used more frequently, the risk of side effects increases.