Can a low-carb diet lead to depression?

In fact, the situation is the polar opposite. Stopping yourself from eating a lot of processed carbs can have a big impact on your mental health. The majority of people who follow a low-carbohydrate diet say their mood improves.

Is a low-carb diet bad for the thyroid?

There is no evidence that the ketogenic diet significantly affects thyroid function. In rare cases, there may be a feeling of weakness and heaviness. Usually, they are resolved by gradually introducing changes in eating habits.

Are calories the most important thing when it comes to losing weight?

This is not true, despite our best efforts over the last 30 years to persuade us otherwise. Consider whether 100 calories from salmon or ice cream, candy, or chocolate will provide your body with the same amount of energy. After all, it’s illogical. Obesity, diabetes, and widespread liver disease have all been linked to the simple calorie counting philosophy. Calories are important, but counting the values on the package is just unnecessary.

Depending on the type of calories consumed, the body processes them differently. It is clear, however, that we lose weight by eating fewer calories than before. A low-carbohydrate diet is based on scientific knowledge of energy balance, not magic.

When making changes to your low-carbohydrate diet, you don’t need to learn about calories, as you’ll be consuming far fewer calories anyway.

Does the use of a low-carbohydrate diet contribute to environmental degradation?

Most people are not aware of the fact that when switching to burning fat, the level of carbon dioxide we exhale drops by 30%!

Changing the environment’s natural character to one that is suitable for food production, such as farmland, is one of the worst things you can do to it. It would be great for the environment if we could reduce our consumption by half.

This is one of the most common urban legends that has remained for many years. We were taught to fear fat, particularly saturated fat. Furthermore, naturally saturated fats were initially mistaken for trans fats. Trans fats are partially hydrogenated oils, which are artificially saturated fats. The viewpoints are all the same, and they are all harmful to one’s health.

Unfortunately, the negative perception of trans fats spread to saturated fats as well. However, research over the last few years has shown that there is no link between the amount of saturated fat consumed and the occurrence of cardiovascular diseases.

Over the years, these diseases have been the most common argument against saturated fat. It has been repeated that high meat consumption leads to clogged arteries, even though there was no evidence of this.

Of course, this is nonsense because many naturally saturated fats, such as coconut oil and many animal products, exist. It’s worth repeating that our forefathers, who ate a lot of saturated fat, didn’t have a lot of obesity or heart disease.

The fat’s origin is also significant. It is factories, not nature, that produce bad fat. Processed carbohydrates are the body’s biggest problem, and this is where we should concentrate our efforts. 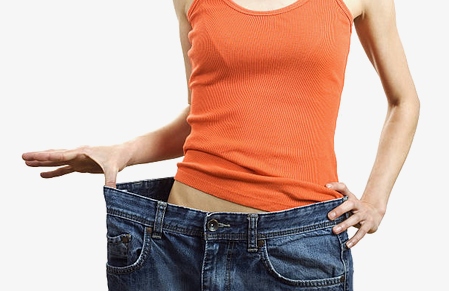 Do you have to be moderate in everything to lose weight?

“Is arsenic harmful in moderation?” is a question you can answer. On the same principle as the philosophy of calorie counting, the assumption of moderation is flawed.

It’s important to realise that losing weight is all about lowering your insulin levels. Sugar and grain products raise it, so consuming them in moderation is not an option. Certain high-fat foods, on the other hand, do not raise insulin levels, so there is no need to limit them.

The most crucial assumptions can be summarised in two points. First and foremost, do not overeat. Second, make sure you’re eating the right foods.